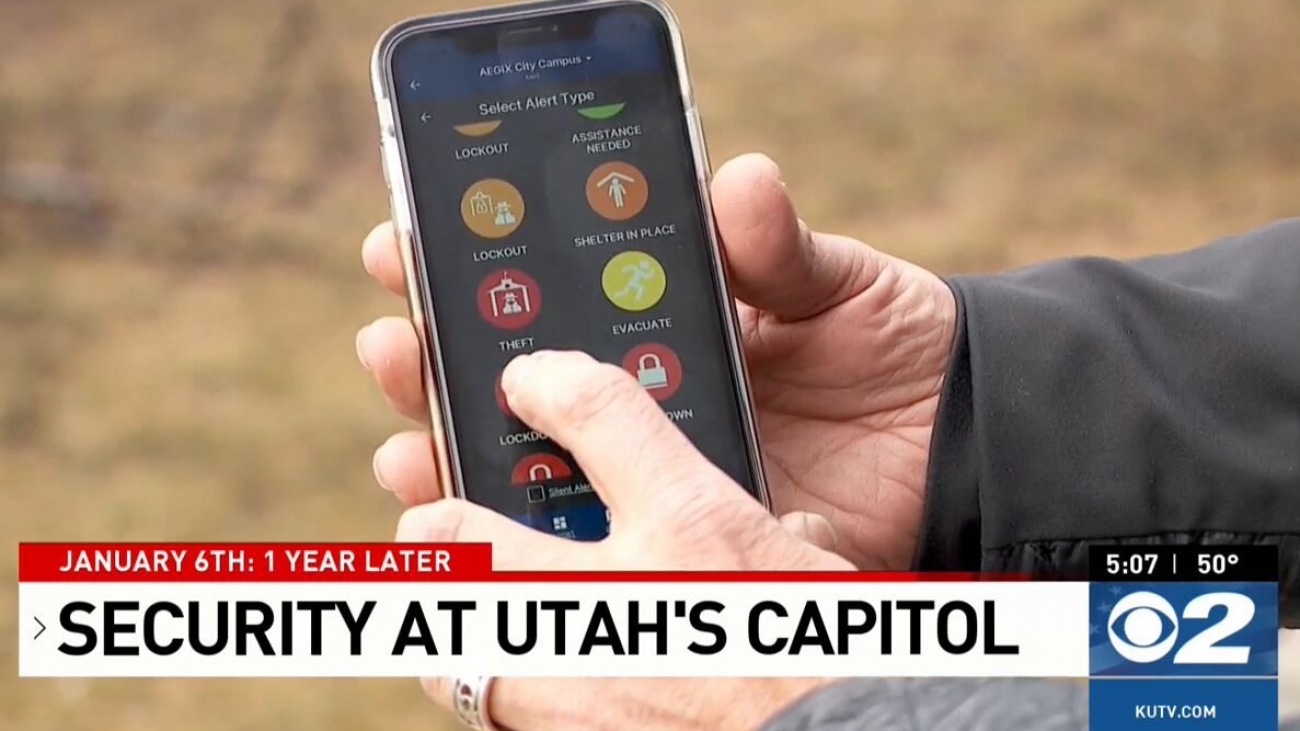 SALT LAKE CITY, Utah (KUTV) — Utah’s Capitol complex is about to employ a new incident management system designed to deal with everything from plumbing issues to situations like what happened at the U.S. Capitol on January 6, 2021.

Utah Highway Patrol Capt. Greg Holley told KUTV 2News the system, which is being purchased from Salt Lake City-based AEGIX Global, comes as the state has looked for a better way for communicating across the entire Capitol complex in various situations.

Chet D. Linton, CEO of AEGIX Global, said the system has been used in schools and will be installed for use in the Capitol building as well as the House and Senate buildings.

“Our active incident management system is designed to incorporate and provide information and a communication platform for everybody that’s involved in any incident,” Linton said, “whether it’s something as simple as somebody falling, to…an active shooter.”

Linton said people working on the Capitol complex can use their phones or computers to input information about an issue or problem, which goes to first responders. Those first responders can also issue an alert via the system to inform Capitol employees about a problem.

ALSO: Americans do not remember Jan. 6 Capitol riot as one people

UHP will operate the system at the Capitol. Holley said it will help in the event of large-scale demonstrations like what happened at the U.S. Capitol last January. But more commonly, he said, it will be useful in situations involving a suspicious person or package – or even a plumbing issue.

The goal, Holley said, is to provide information to as many people as possible to keep them and the building safe. He said the system is expected to be up and running in time for the legislative session, which begins January 18.

Thank you for visiting DIRSalert.co.

You have been redirected to this page because dirsalert.co has recently been purchased by Aegix and all of the content is now available on Aegixaim.com. We apologize for any inconvenience this may have caused and appreciate your patience as we work to integrate the website. To access the website and all of its content, please visit the following URL: www.Aegixaim.com.